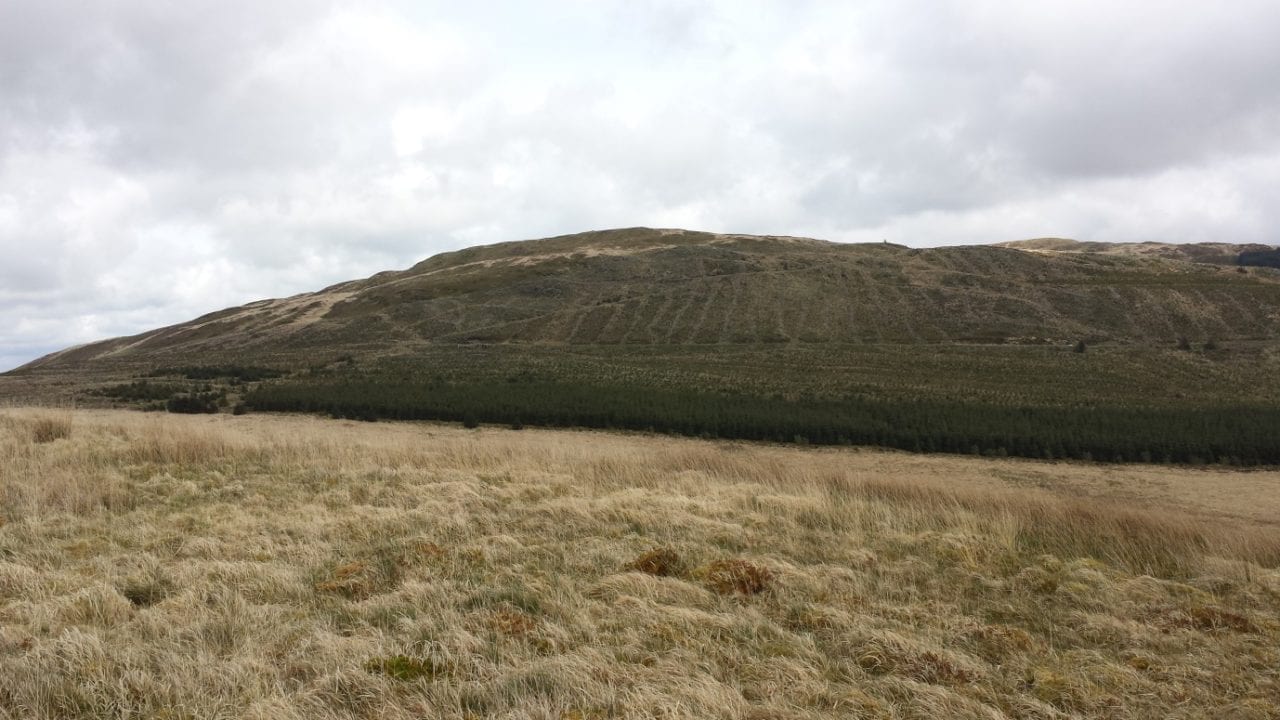 A meeting with Natural Resources Wales to discuss the potential for Cambrian Wildwood on the public forestry estate provides a framework for future work together.

In November, Simon met with Jim Ralph, Ceredigion team leader for Natural Resources Wales (NRW), to discuss how Cambrian Wildwood might operate in the public forest estate at Cwm Einion and Nant y Moch. Jim was not enthusiastic about our proposals, but willing to talk at least, and he offered frameworks for how we might progress our ideas in future. Our proposals are broadly: restoring the conifer plantations to native habitats, especially native woodland; restoring wildlife, including species reintroductions; public access, in the form of trials, camping places and organised activities.

One thing that Jim referred to was that the landowner is Welsh Government, and that NRW as land manager has to do what the owner decides. At present, NRW is being told to grow Sitka spruce. This might imply that we need to talk to Welsh Government, however in practice they refer to NRW for advice, and it is important for us to develop the relationship with NRW.

Jim expressed a fairly narrow view of the role of the forest – to produce commercial timber – and limited accounting of the public benefits – income from timber sales. In this context he stated that if NRW adapted management of the land according to our ideas, for example transforming to native woodland or heathland, then we would need to compensate NRW for the loss of income from timber, a net of £8,000 per hectare every 35 years. Any formal proposals we produce will therefore need to factor in and attempt to cost the other public benefits that our project will provide: for example water storage, water quality, carbon storage, wildlife and public access.

Montgomeryshire Wildlife Trust is developing methods for accounting for these benefits – often referred to as ‘ecosystem services’. They have also extended the scope of their Pumlumon Project beyond the Pumlumon SSSI, as far north as the Dyfi, in other words embracing the Cambrian Wildwood area. This was the area suggested by Simon for the Pumlumon Project in its formative stage, before the Cambrian Wildwood project was initiated. This is a very welcome development and provides a context for our two charities to work in partnership. We are hoping to meet with Clive Faulkner of MWT soon.

Back to the meeting with NRW, regarding the public access ideas, there is already a trail open following a Public Bridleway. As for camping and activities, and further trails, the plantation forest is not a very suitable setting for these, so this is something for the future after the process of habitat restoration has at least started.

With regards to habitat restoration, it was frustrating to be standing at the end of the forestry looking towards Cefn Coch, the piece of land that we are raising money to buy, over some recently planted spruce. 10 years ago the Forestry Commission (FC) forester had agreed to a proposal presented by Simon, along with Countryside Council for Wales and John Muir Trust, to restore this area to heathland after the felling of the existing stand. Following the felling about 2 years later, it seemed that it was going as planned, until a couple of years after that it became obvious that the site had been planted with spruce. It demonstrates how you have to be really on the case with government bodies – and there wasn’t even a staff change in this case!

What is interesting, is that the heathland vegetation has recovered very rapidly providing a diverse upland habitat. The only problem being that it is hosting several thousand young spruce trees. Jim suggested that Cambrian Wildwood could remove the spruce if we paid the restocking costs already expended at £2,000 per hectare. But he also said he would not allow this to happen until we had bought Cefn Coch, the reason being that the continuity of the heathland between the two neighbouring SSSIs would still be interrupted by Cefn Coch and until we buy it we can’t be sure it will be put into conservation management.

Which brings us to the restoration of native woodland. FC/NRW have carried out conversion of plantation forest to native woodland over a fairly wide area further down the valley. Most of this is natural colonisation of birch following clear felling, and is providing a greatly improved landscape and area for wildlife. Jim is not prepared to continue the process higher up because the forest land is interrupted by a big open hillside, owned by Robert Plant. Again the interruption of habitat continuity is not favouring transformation to native woodland beyond this open land. We have since approached Robert with an outline proposal for creating native woodland on this area.

In conclusion, it is important for us to buy a piece of land, and preferably the piece currently on the market next to the public forestry. Not only will this release opportunities for Cambrian Wildwood on the public land, but it will also demonstrate the concept of large-scale wild woodlands. This will help to grow the project, both in land area and in our ability to share with people the wonders of wild nature.