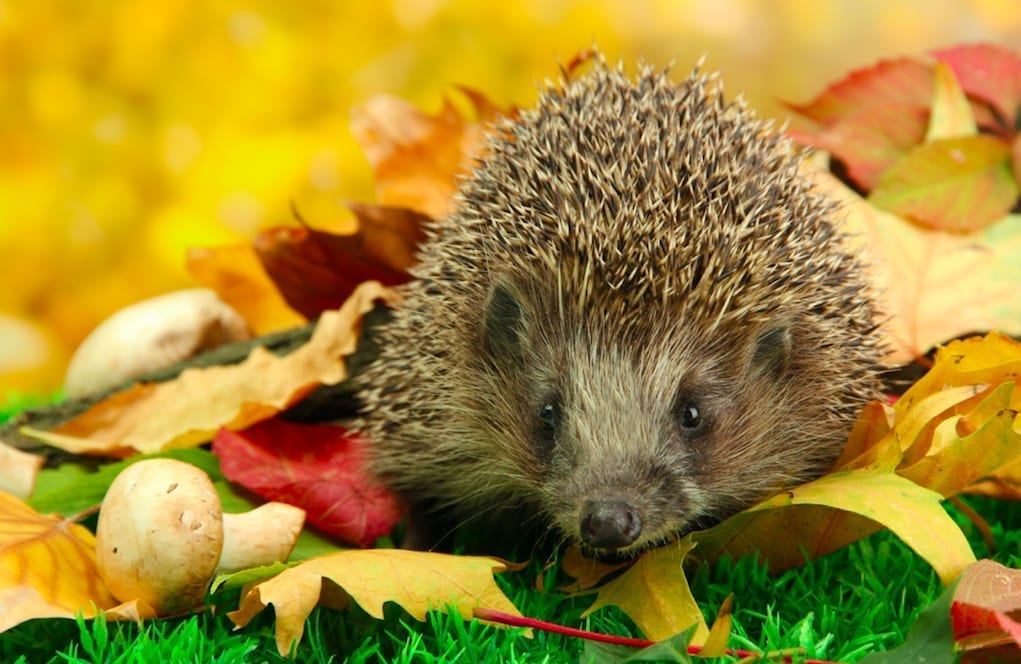 Hedgehogs are the UK’s only spiny mammal. When threatened, they roll up into a prickly ball, made up of around 5000 keratin spikes. Hedgehogs enjoy a varied diet, including invertebrates, worms, frogs, baby rodents, birds’ eggs and fallen fruit, and live in many different habitats, including hedgerows, gardens, grasslands and woodlands. In the wild they can live between 2-3 years. Despite their small stature, they can cover between 1-2km in their nightly forages and are surprisingly dexterous, being able to run, climb and even swim.

A recent survey by the People’s Trust for Endangered Species and the British Hedgehog Preservation Society showed that hedgehogs have halved in numbers since 2000. They estimate there are as few as 1 million hedgehogs in Britain today. Loss of habitat, intensification of agriculture and the use of pesticides (meaning less insects for the hedgehog to eat) have been cited for this decline.

In 16th century Britain, some curious folk tales surrounded them. One was that they would suckle milk from cows’ udders, another that they could carry fruit and berries on their spines. Perhaps the strangest belief of all was that hedgehogs were witches in disguise. In 1566, English Parliament placed a bounty on hedgehogs of threepence, and the Church followed suit with a bounty of their own for every hedgehog killed.