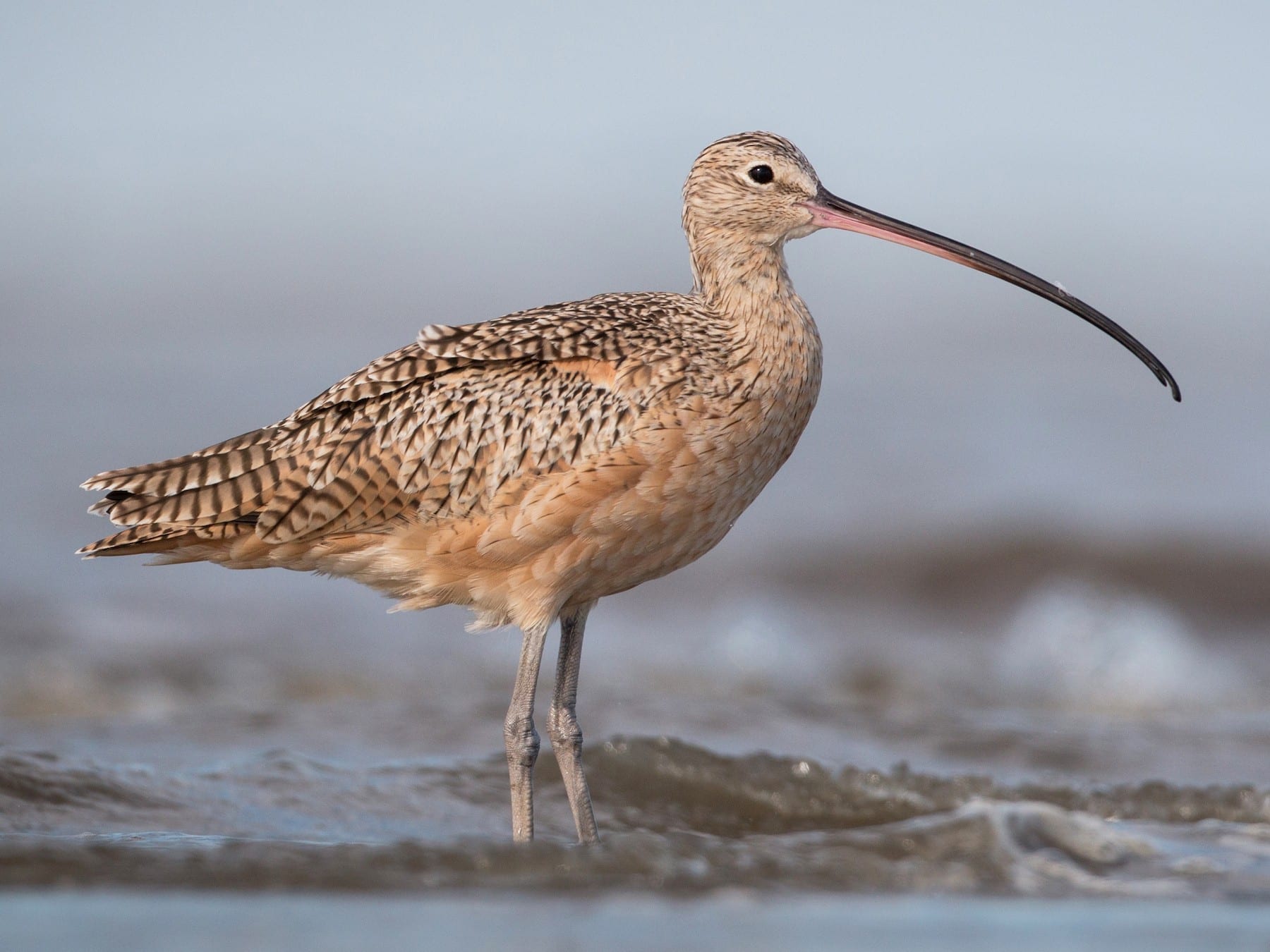 At 50-60cm long and with a wingspan of 80-100cm, curlews are Britain’s largest wading bird. Their cry oscillates between a lingering curlee-curlee, and a bubbling yap. Their distinctive sound is married with an unmistakable large curved bill, and striking mottled brown and buff feathers. In spring and summer they leave their coastal wintering grounds and migrate to upland areas, such as heather moorland, wetlands and rough pasture, to breed. A mixed mosaic of habitats on a large scale is vital to the curlew’s success, so they can feed, nest, breed and be protected by the different types of vegetation on offer in such a landscape. They feed on pasture, using their long slender bills to winkle out worms and other invertebrates, and nest in areas with longer grasses that afford them and their young protection.

In Wales, the curlew population has declined by around 81% since 1993. In recent years, their breeding grounds are being lost to development and poor land management, predation by foxes is also a major factor in their decline. Their rapid decline and loss of habitat saw the curlew placed on the Red List of Threatened Species in 2015. Its worrying downward slide has seen it gain much press attention in recent years, and in January 2018 Natural Resources Wales and conservation groups held a conference to discuss how to save this charismatic bird.

The threat facing curlews is a joyless reversal in fortune for a bird that was once associated with death and as a gloomy omen to sailors of stormy seas. Despite their associations with doom, Welsh abbot St Beuno blessed curlews after one allegedly rescued his prayer book after he dropped it in water. He was so grateful to get it back that he ensured curlews will always be protected – which is the mystical explanation for why their nests are so hard to find!

We use cookies to ensure that we give you the best experience on our website. If you continue to use this site we will assume that you are happy with it.Ok - ContinuePrivacy policy