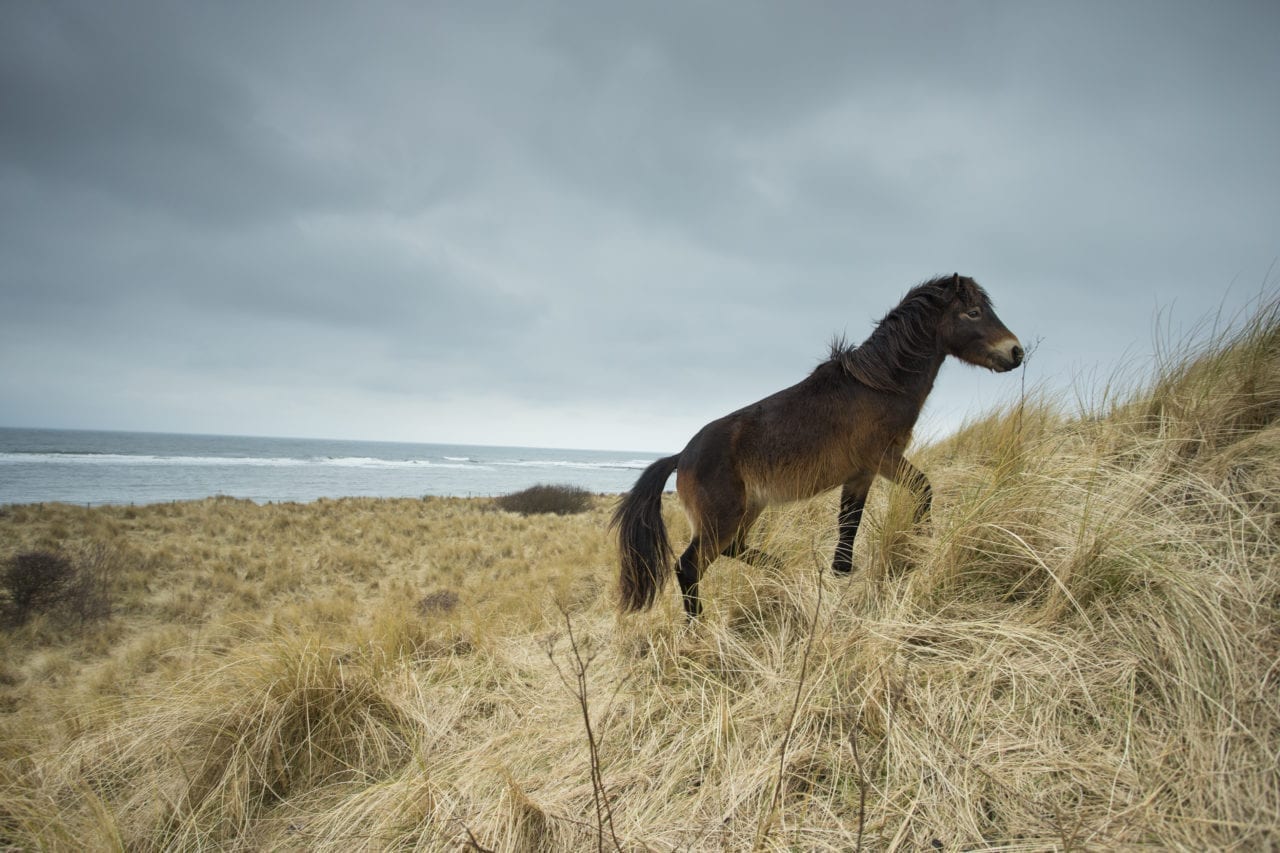 In the Mabinogion, Rhiannon has a strong kinship with horses, cutting a mysterious figure upon her snowy white mount. In the First Branch, Pwyll Prince of Dyfed, is seated upon the Mound of Arberth awaiting, in accordance with the mound’s magical legend, for the deliverance of either a marvel or a severe beating.  A maiden passing by on horseback catches his eye. She is fair of face and richly clad in golden raiment, and, observing that she is riding at a steady pace, Pywll bids a footman to go and seek who she is. Following her on foot, the faster the man pursues her, the further she draws away. Captivated, Pywll has his men pursue her on horseback over the coming days, yet Rhiannon, her horse never breaking from a walk, continues to evade them, even at their fastest gallop. Their meeting only comes when Pywll himself bids her to stop. They later wed and she becomes the Queen of Dyfed.

Horses appear frequently throughout the Mabinogion, in hunts through the greenwood, for transportation, in battle, or as noble gifts. The wildwoods of ancient Britain were once home to herds of wild horses and ponies, which humans hunted and, from 2500 BC, began to domesticate. Today, wild horses are very scarce. Przewalski’s horse (Equus przewalskii), a true wild species, is endangered and became extinct in the wild before successful reintroductions in Mongolia. The tarpan (Equus ferus ferus) is a subspecies of wild horse that became extinct at the beginning of the last century. Feral horses, such as the Australian brumby (Equus ferus caballus) and the American mustang (Equus ferus caballus) are not true wild species, rather untamed domesticated species that roam the wilderness. Britain’s own feral species, the Exmoor pony (Equus ferus caballus) is genetically very similar to the lost tarpan. Herds of Exmoor ponies, a small, dark-brown breed with distinctive ‘mealy’ markings around the eyes, muzzle, flank and belly, freely rove the rolling hilly moorland of Exmoor in Devon and Somerset. Every spring brings new foals to Exmoor, bandy-legged and skittish, who spend the summer running with their dams (mothers) and putting on fat for winter. Exmoor ponies are native to Britain, and would make a fair substitute for wild horses in Wales.

Large browsing herbivores, such as elephants and rhinos, and grazers, like wild horses and aurochs, historically had a large impact on ecological processes and are thought to have had a considerable role in maintaining the vegetation and landscapes of the primeval period. In balanced ecological systems, grazers help maintain a mosaic of habitats, including open spaces and forested areas. Light-demanding shrub and tree species, like oak and hazel, can establish in thinned out wooded areas, whereas their growth suffers in dense thickets where they are outcompeted for light.

We hope to see the positive effects of this at Bwlch Corog, our land near Machynlleth, where we have recently welcomed several Konik horses from the Wildwood Trust. Originally from Poland, they have a distinctive beauty with their smoky dun coats, dark legs and manes, and dorsal stripes. They are admirable for their resilience and intelligence and they are hardy and adaptable, making them a perfect breed for the uplands of west Wales.

In the wildwood of the future, a balanced mosaic of habitats, we hope to restore feral horses to the rolling grasslands and sprawling woods, their rugged beauty at home amongst the Cambrian Mountains. Hardy breeds like the Exmoor pony and Konik are perfectly adapted to the turning seasons of our climate, shaggy-coated and snorting in winter, sleek and glossy in the summer months, sure-footed and sturdy, roaming free amongst the hills.