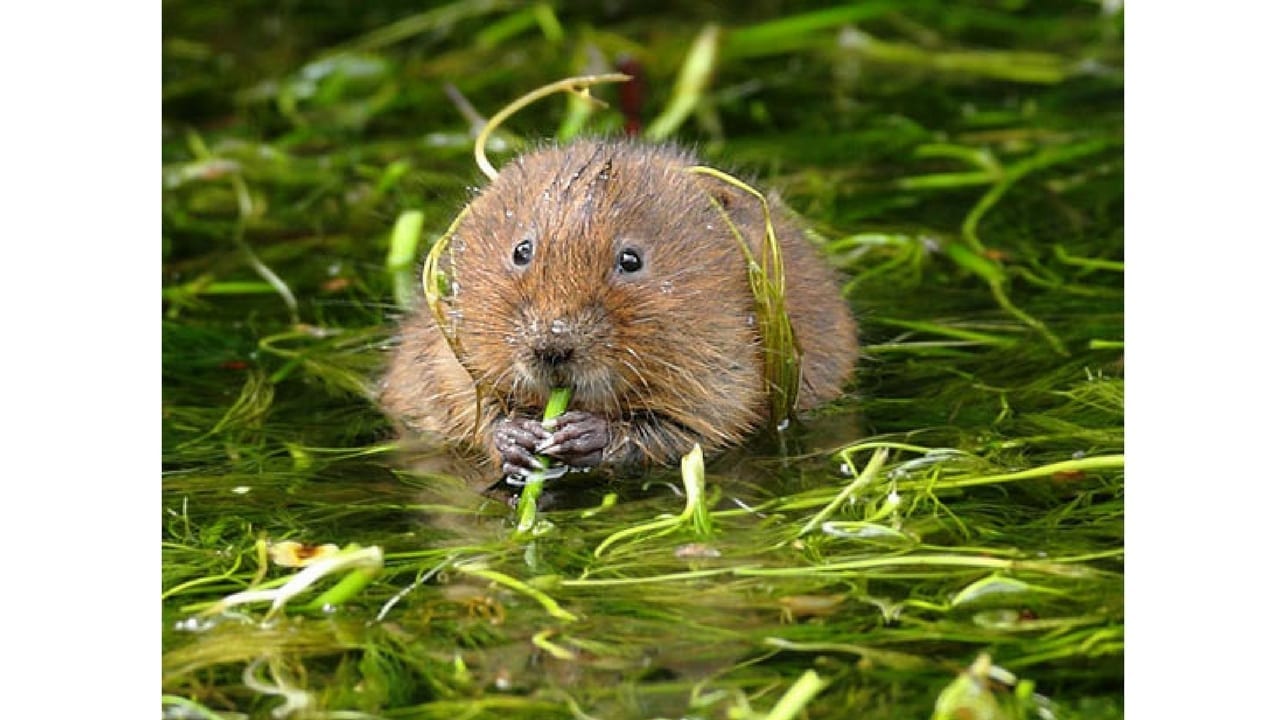 100 water voles, one of Britain’s most endangered species, have been released at Cosmeston Park in The Vale of Glamorgan. Water voles (Arvicola amphibious) have suffered devastating declines since the 1920’s due to habitat fragmentation and destruction, polluted waterways and the invasive species American mink (Neovison vison), escaped from British fur farms, preying heavily on the already dwindling populations.

Vale of Glamorgan Council have been working closely with Natural Resources Wales to create a specially prepared environment within the park where the animals can live and breed. The ‘soft’ release took place on Tuesday 20th June, when the voles, which have been bred in hatcheries in Mid Wales, were released along with artificial nests and food. They will be monitored closely by the rangers at Cosmeston Park, and shortly following their release the nests and food will be removed so that the voles can be left to adapt to their new environment.

Cosmeston Park, a designated Site of Special Scientific Interest, with its reed beds, lakes and ditches, is a perfect environment for the voles to thrive.

Local rangers are keen to use this opportunity to educate schools and voluntary groups and teach them about the importance of habitat preservation for native species, and the danger of introducing new, non-native species into an ecosystem.

This project follows a successful pilot in Carmarthenshire, in which water voles were released at Ffrwd Farm Nature Reserve, Pembrey.