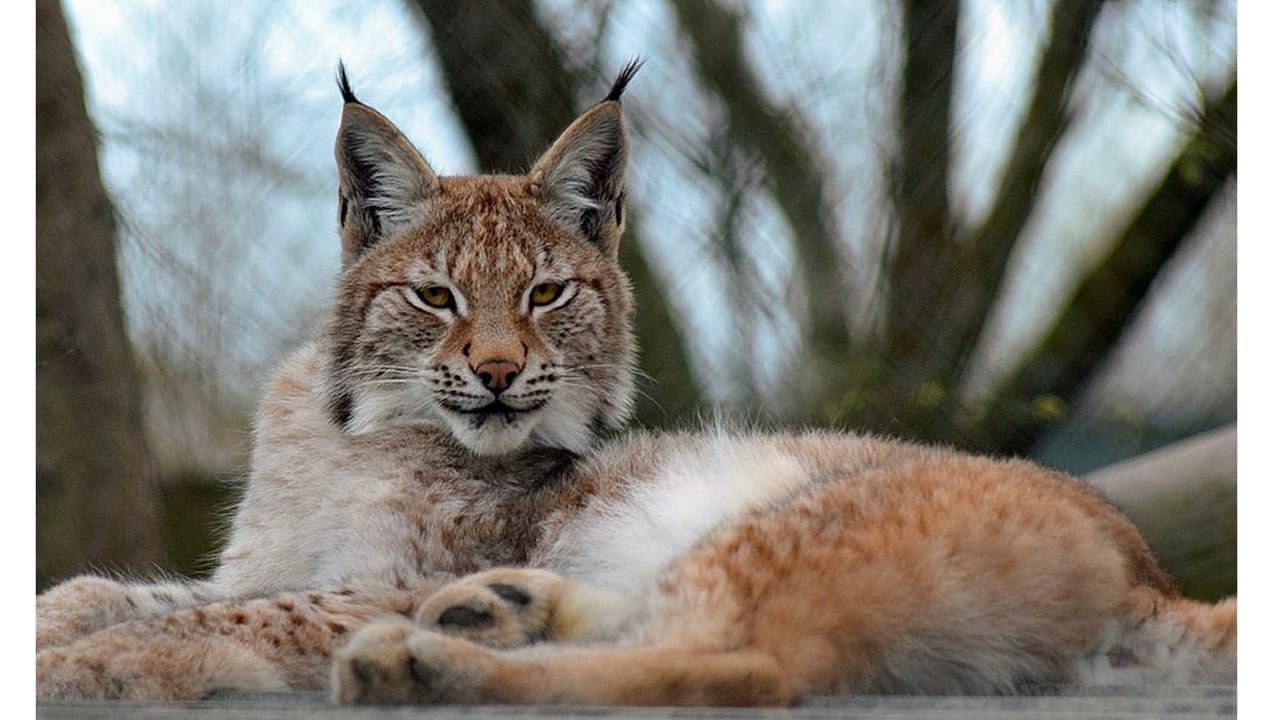 The area near to Cambrian Wildwood was in the national news a few weeks ago with the story of Lillith the lynx, who escaped from Borth Wild Animal Kingdom and was subsequently shot dead, which saddened people locally and all over the world. Some people responded by saying they will never go on holiday to Ceredigion.

Many comments on social media condemned the use of lethal intervention instead of tranquilizing the animal, and dispute Ceredigion County Council’s description of  their actions as ‘humane’. Lynx in the wild have never been known to harm humans, so the panic over the escape of Lillith appeared to be somewhat irrational. To set this context, cows have killed 74 people in the past 15 years in the UK alone. These figures are not used to argue that all cows should be killed or kept in cages.

The story also involved the killing of eight sheep on the farmland neighbouring the zoo. The farmer, Owen Jenkins, also farms an upland property neighbouring our own Bwlch Corog site. In an interview with the Farming Today programme on BBC Radio 4, Mr Jenkins made the very reasonable observation that – if the lynx had killed all these sheep – it is a crazy idea to re-introduce lynx to Northumberland, a proposal which is currently out for consultation. He also expressed his concern that the nature charity owning land next to his other property (that’s us) intends to re-introduce lynx.

We have always been clear that it is beyond the scope of our project to re-introduce the native large carnivores – bear, wolf and lynx – and that we have no intention of proposing this. Our reasoning is that in this area there are very few natural prey and the landscape is dominated by livestock farming: it simply doesn’t make sense to propose the reintroduction of large carnivores to Wales. There are potential locations in Great Britain for the reintroduction of lynx: places with large areas of woodland cover, high numbers of roe deer, and not much livestock farming, for example the Weald of Surrey, Sussex and Kent, or Thetford Forest in East Anglia. This would of course require studies to ascertain if it is a reasonable proposition. Areas of Scotland have already been assessed in a study and found to be highly suited to lynx.

We are of course disappointed with the uncharacteristically poor reporting on Farming Today on that occasion, in that they did not check with us about our intentions for lynx before broadcasting the item. We contacted them in the hours following the broadcast and hope that they will return to this topic with a more balanced and accurate report which will include Cambrian Wildwood.

Returning to the sheep killed during the saga of Lillith the lynx, the reports in the newspapers that the sheep were killed by Lillith was premature at the time, since they were still having an autopsy to identify the cause of death. Later, the result of the autopsy was reported as ‘inconclusive’.

Big cats kill prey by using their canines to clamp the windpipe, leaving tooth marks which identify the species of the predator; and they peel the skin back to expose the flesh. In other words, the signs of a lynx killing a sheep would be highly characteristic. Additionally, a sheep is a rather large prey for lynx which weighs 18 to 30 kg, and Lillith was quite a small lynx, while adult sheep weigh at least 45 kg. Lynx are more likely to prey on rabbit, or roe deer, if available, which weigh 10 to 35 kg as adults. Lilleth would also have been hungry and low on energy so wouldn’t waste energy on killing eight sheep in order to get a meal.  Given these factors, it makes sense to look for other explanations for the death of the sheep.

It is common knowledge that many people went out searching for Lillith with dogs. The nature of the sheep killing, involving eight deaths, strongly suggest a group of dogs as the cause. Why the autopsy is inconclusive is a mystery, as the signs of a sheep being killed by a dog should be easy to distinguish from a cat. We requested a copy of the autopsy report from Ceredigion County Council, but they have refused to release it on the grounds that this could jeopardise the Council’s case for withdrawing Borth Wild Animal Kingdom’s licence for certain animals, which is being challenged in court.

A crucial twist to the debate on lynx re-introduction is the fact that some lynx are already living wild in Britain. The numbers may be low but it appears that some breeding is occurring based on the secondary evidence of credible and consistent witness reports. Other medium to large cats reported in Britain are leopard in their black or melanistic form, and puma, also known as cougar or mountain lion. Leopard and puma are similar in many ways and there were source stocks in Britain in past decades. They are both generalists with no specialist requirements or behaviours. They are rarely seen, even in their native lands, as they need to be stealthy as ambush predators. It appears that these cats manage to survive and breed, living secretive lives in our countryside, rarely conflicting with humans. Deer, rabbits, pheasants and pigeons are probably the mainstay of their diet and this type of game is abundant in the British landscape. If you want to know more about these animals, an excellent book is Big Cats: Facing Britain’s Wild Predators by Rick Minter, who has heard from over 1,000 witnesses in his past few years’ work on the topic. We hope to publish an article by Rick in 2018, and look forward to hearing about the second edition of his book which is due later this year.

Another factor when considering the interaction of lynx and sheep farming is that lynx prey on foxes. It is possible that the presence of lynx would reduce losses of lambs to foxes and provide a net benefit to sheep farming, depending on other circumstances. In areas of Europe where there are plenty of deer, and sheep are not kept within woodland, sheep are very rarely preyed on by lynx. See for example the report from AECOM: ‘Cost-benefit analysis for the reintroduction of lynx to the UK’.

The story of Lillith the lynx strengthens the resolve of Cambrian Wildwood to invest every effort to making space for the return of wildlife at least to one part of the landscape, and to continue making the case for respect towards nature and other animals. It should be re-iterated that we are not planning to re-introduce large carnivores to the Cambrian Mountains.