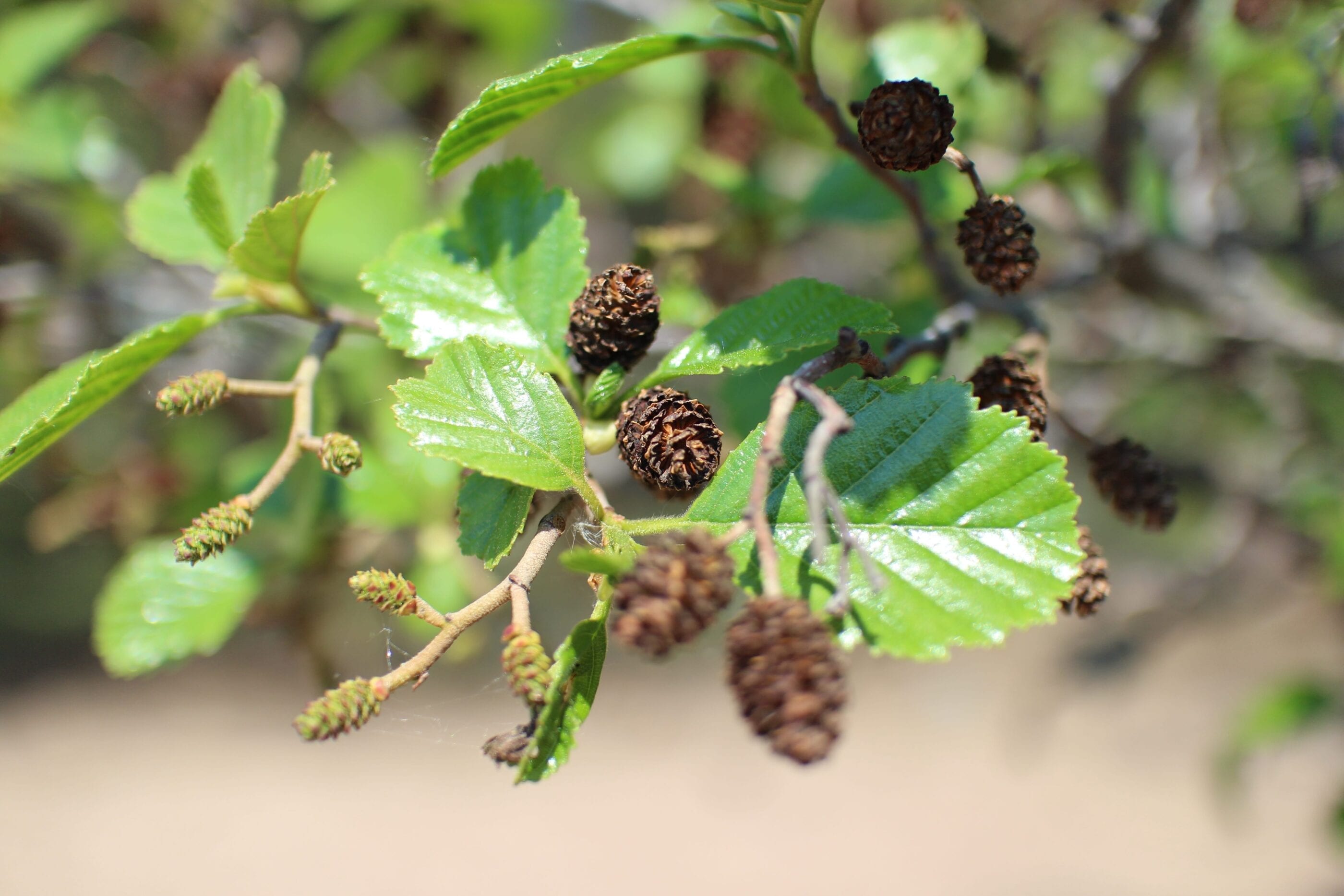 Its roots stabilise the banks, its boughs create shady places for water wildlife to flourish below. It is easily identified by its tiny brown cones for it is the only broadleaved tree to have them. Uniquely alder trees have a system of air ducts that transport oxygen to the very tips of their roots and the lower part of their trunks contain cork like cells which allow air to enter. Nodules in its roots provide a constant supply of nitrogen, enriching the soil around it and its wood contains oils which make it highly durable in water. In one year, a square mile of alder forest can extract up to 87 tonnes of nitrogen from the atmosphere. It has both male and female catkins; the male rich red and pendulous, the female cone like, turning hard and woody in autumn. These little seeds have their own adaptations; airtight cavities which enable them to float.

Alder has been traditionally used to make hot burning charcoal which was used to forge ritual weapons. Its white inner wood turns reddish pink when felled and this bleeding sap makes a fiery red dye, once used like woad to redden the face of warriors. This quality of bleeding led to alder being considered sacred in ancient times and to represent the generosity of the gods and health of the land.

A beautiful green dye is produced from its flowers and its leaves were once used to tan leather. An alder bough is easily hollowed out to make whistles and pipes and the fine grained, water resistant wood makes excellent bowls and plates as well as clogs. Alder is often used to make bridges as well as boats, sluice gates and water pipes and alder piles support the city of Venice. Medicinally it is useful for burns, sore throats, mouth ulcers, bruises, swellings and inflammation. Alder leaves put into the shoes refreshes weary feet and for relief from rheumatism, fill your duvet with the leaves.