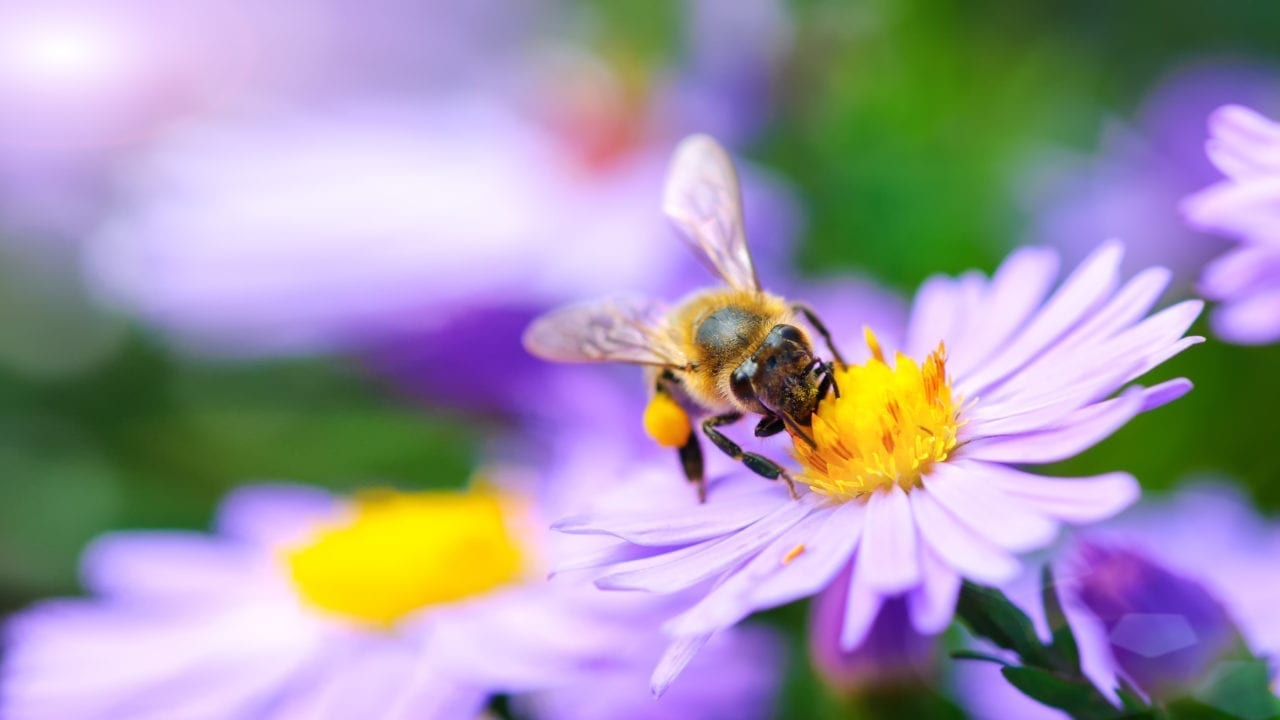 There are 267 bee species in Britain. Some species are solitary, nesting in holes underground or in hollow stalks. Other species live in colonies. In Britain, bees have significantly declined over the last fifty years due to habitat loss, climate change and pesticides. The loss of flower-rich habitats such as wild meadows are particularly devastating to bees. In Britain, Wales is leading the way in addressing the decline of the species and in 2013 The Action Plan for Pollinators was drawn up. Bees are a vital strand of the web of life in their role as pollinators. Awareness of the trouble facing our bees is growing, and it is vital that wild spaces continue to increase and flourish.

An archaeological find of a 4000-year-old pot shard reveals that Neolithic people enjoyed drinks made with honey, a fermented alcoholic brew known as mead. Apart from enjoying their produce, humans have a long spiritual history with bees. ‘Telling the bees’, a ritual practised in Britain and Ireland, entailed speaking to the bees of significant events such as births, deaths and marriages. Forgetting to relay news to the bees had grave consequences and could dry up their honey supply, causing a hive to depart or even die.