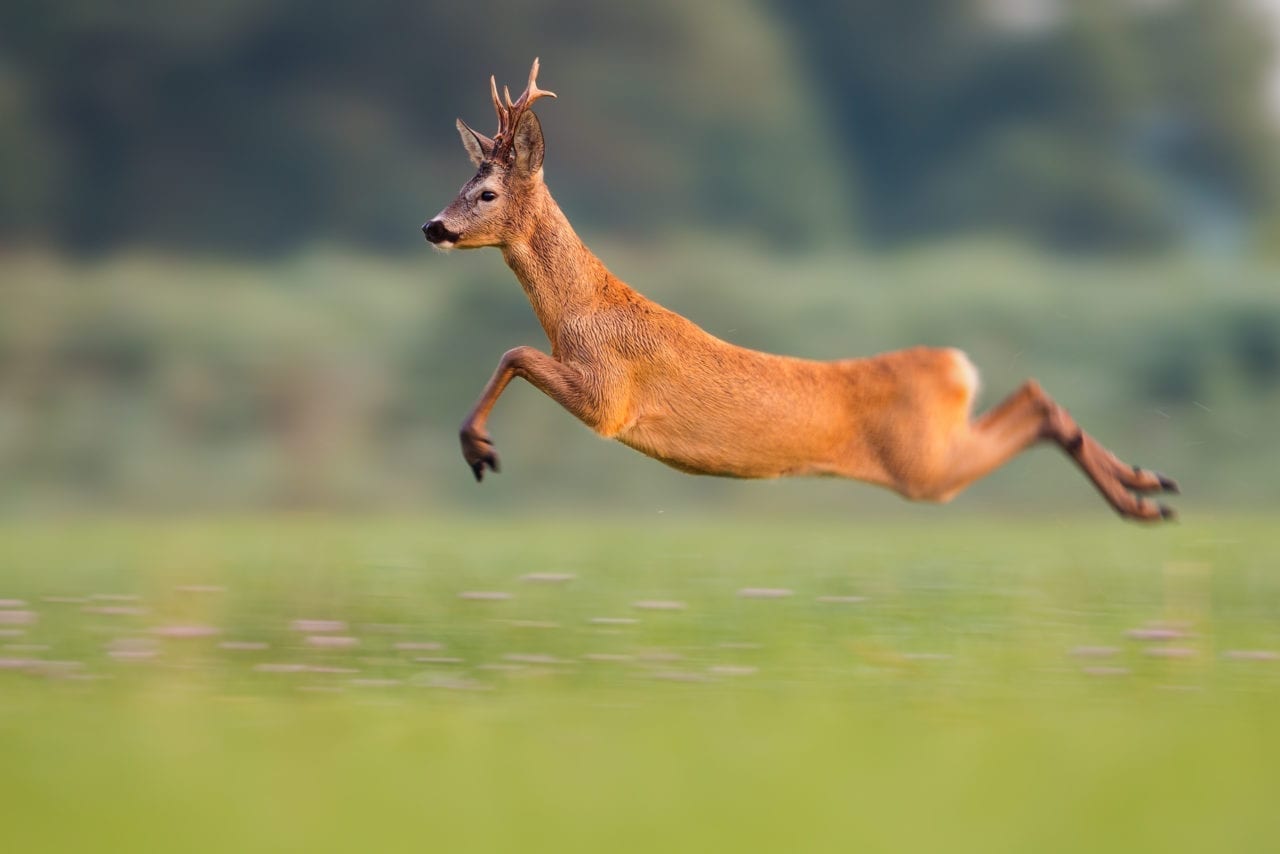 Roe deer are native to Britain. They are shorter than red deer, measuring around 2.5 feet at the shoulder and have smaller antlers which are sometimes straight or can have up to three points. They have a distinctive white patch on their rumps that they flash when alarmed. Bucks, in a bid to impress does, flatten woodland brush layers into figure of eight shapes that are known as ‘roe rings.’ When they have mated, between July and August, the fertilised egg will not implant or grow until the following January, which means that the young will be born in the warmer spring months, improving their chances of survival. Roe deer are generally solitary but do form small groups in the winter.

Roe deer have been here since the Mesolithic period—where their hides, bones and antlers were used in the creation of various tools and articles of clothing—roaming free in the dense woodland that was abundant with hazel, birch, lime, elm and oak. They are associated with the Celtic ‘Horned God’ Cernunnos, an ancient god of fertility and wild animals, who was often depicted with deer and antlers. In Celtic traditions deer can pass between this world and the Otherworld. Their antlers, shed once a year, symbolise fertility, rebirth and rejuvenation.