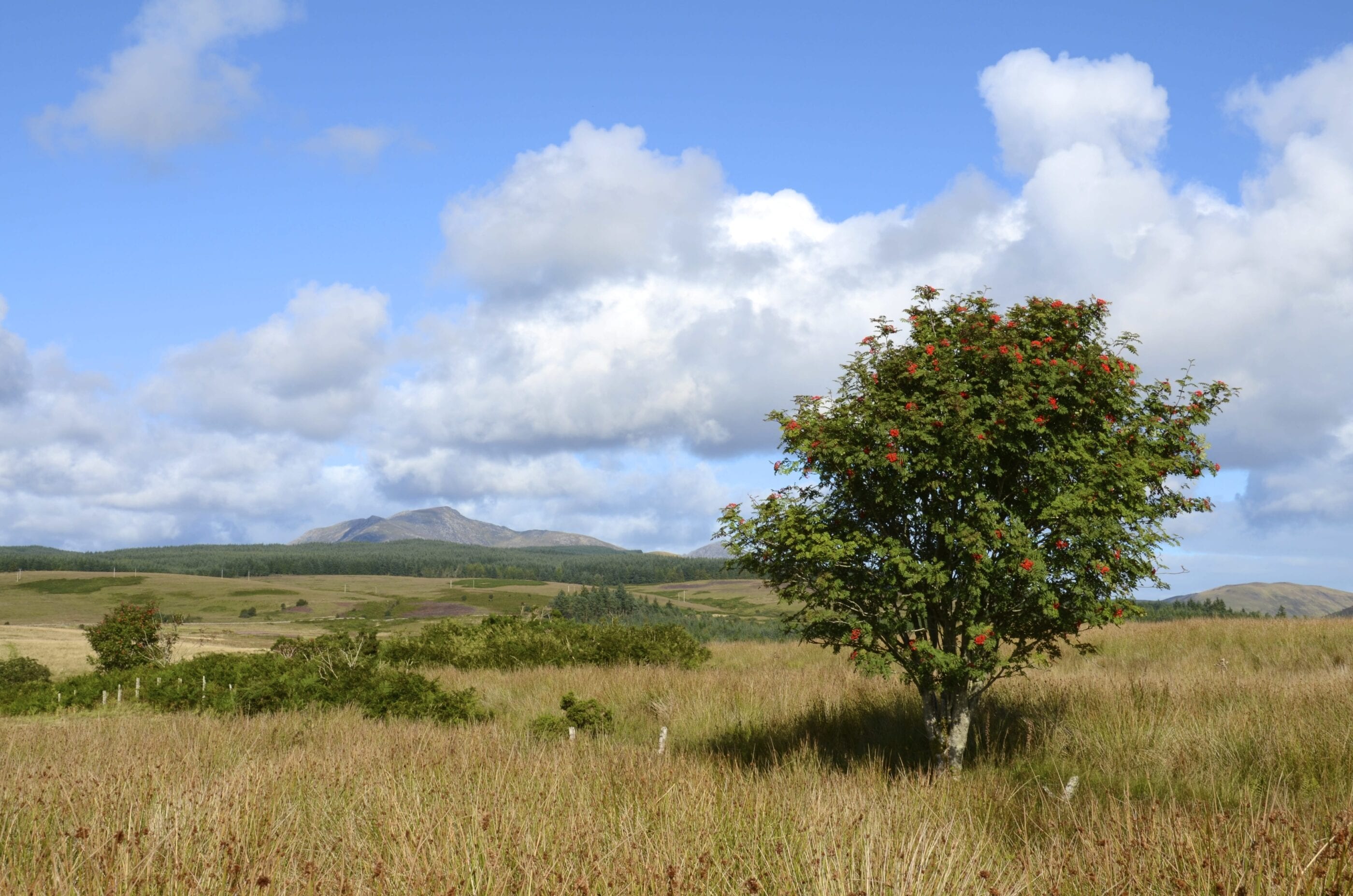 Hardy and graceful, rowan loves high altitudes and tolerates acidic soils. Like birch, rowan is a pioneer species providing shelter for other trees, which will eventually dwarf the rowan which only reaches a height of 10-15m. Rowan is also known as mountain ash, though it is not of the ash family but of the rose, along with hawthorn, cherry and apple. Its abundant red berries are an invaluable food source for birds such as blackbird, mistle thrush, redstart, redwing, song thrush, fieldfare and waxwing. Inside the bird’s stomach the seeds are stripped of their protective coating enabling germination as the bird inadvertently distributes the seeds far and wide. In May, rowan’s creamy white blossom is a feast for bees, butterflies and wasps. Deer enjoy the lichen, bark and foliage of rowan and the leaves are food for caterpillars of moths.

When cooked, rowan berries are highly nutritious to humans and are made into jellies and jams, used in pies, mixed with apple to make wine and here in Wales are brewed into a fine ale. Rowan has traditionally been used to make spindles and spinning wheels as well as walking sticks and tool handles. The bark and berries have been used to make a black dye and the bark was at one time used in the tanning process.

There is a folk belief that to consume rowan berries adds a year to a person’s life.