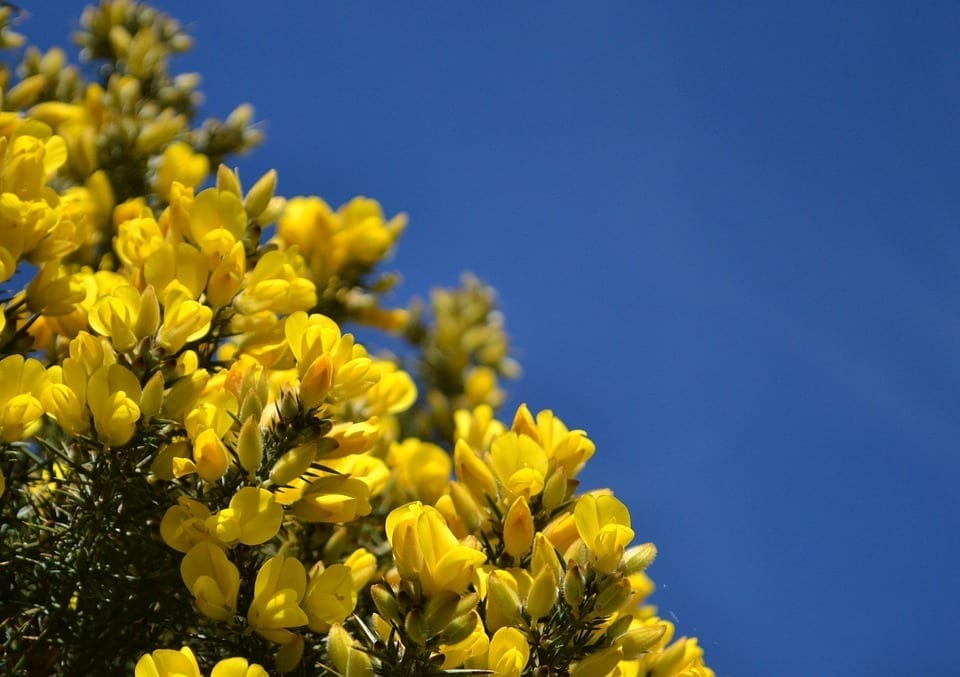 Ubiquitous with ‘wild’ landscapes: rugged hills, coastal regions, open heath and lonely moors, western gorse is a spiny evergreen shrub in the pea family. Covered with thousands of yellow flowers, gorse is symbolically linked with fire and the sun. Its long flowering season provides valuable food for bees early in the spring when flowers are scarce, and later in the year when other flowers have fruited. Dense thickets of gorse provide valuable nesting and feeding sites for wild birds, being particularly important for yellowhammers, linnets and warblers. In Wales, the rare coastal shelduck nests in rabbit holes beneath gorse, giving the duck its Welsh name hwyaden yr eithin, the gorse duck.

Gorse was associated with witches, swathes of gorse being burnt in Wales to smoke out anyone practising magic within its thickets. This practise was good news for the gorse though, as the seed requires heat to burst and spread, being adapted to germinate after it has been scorched. You can hear the seeds popping on a hot summer day, sometimes travelling as far as ten metres.

As one of the trees sacred to Celts and druids, gorse was used to start ceremonial fires, particularly the May fire festival of Beltane. Herds of livestock would be driven between fires to bring them protection, and torches of gorse were carried through farmland and buildings to cleanse the air and bring fertility to the animals.