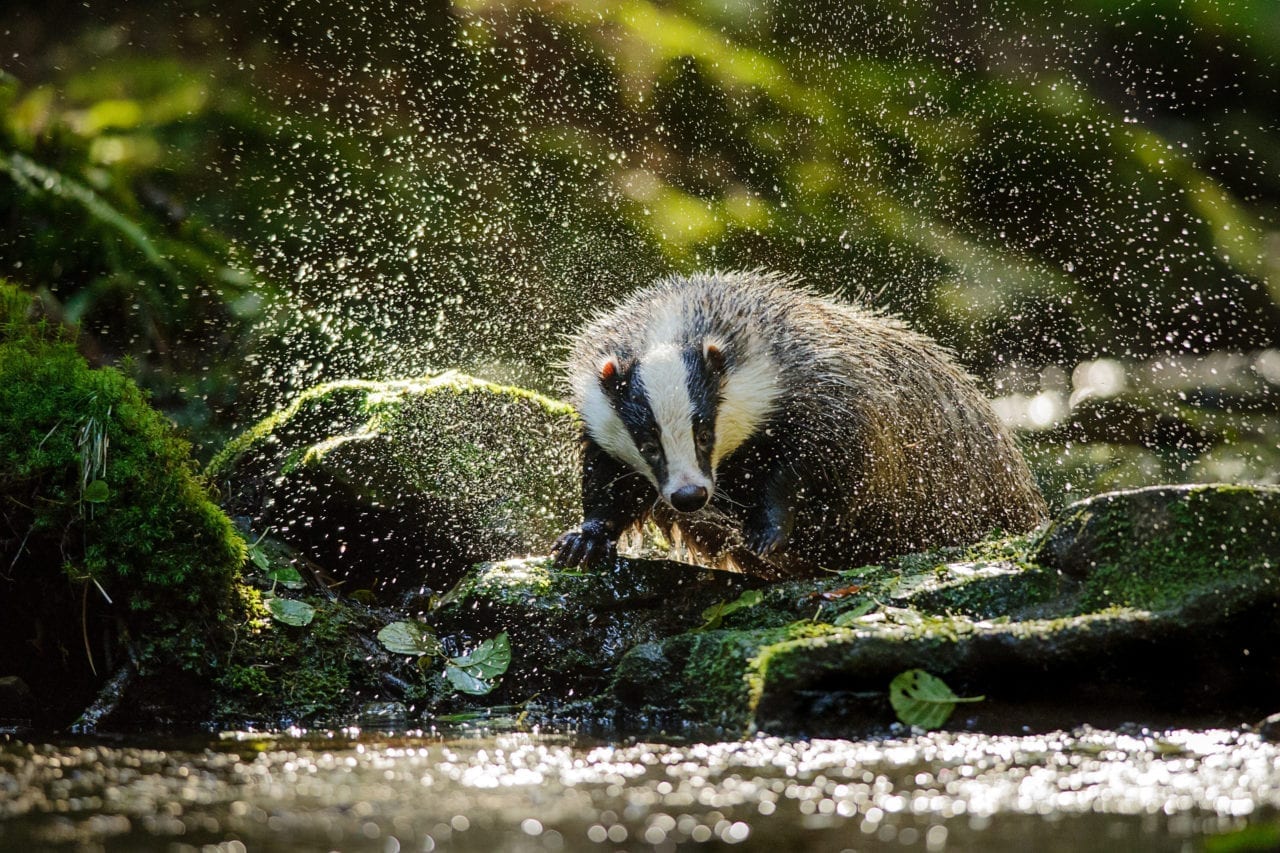 Badgers are Britain’s biggest land predator. They mainly eat earthworms but will also take small mammals, birds’ eggs, roots and bulbs. Badgers can live for 14 years, although more usually six. Their favoured habitats are woodlands, digging their setts beneath tree roots which helps stabilise the soil. They keep their sett tidy, with separate latrines close by and airing their bracken and straw bedding at the sett entrance before returning it below ground.

Badgers are social animals, living in large family groups. They surface from their sett at dusk to groom and play before venturing into the night to forage. Badgers give birth to a litter of up to five cubs in late winter, the cubs staying underground for two months before emerging in early spring.

As carriers of bovine TB, badgers have been scapegoated as spreading the disease to cattle. Organised area culls have taken place across the UK. The government claims data shows the culls are working, although scientists maintain that there is an absence of statistical analysis that verifies these claims. Wildlife groups and scientists believe that vaccinating badgers would be more cost effective than culling.

Their instantly recognisable black-and-white striped faces have captured the hearts of many writers and illustrators. They are unforgettable characters from such works as The Wind in the Willows, The Tales of Beatrix Potter and Fantastic Mr Fox.