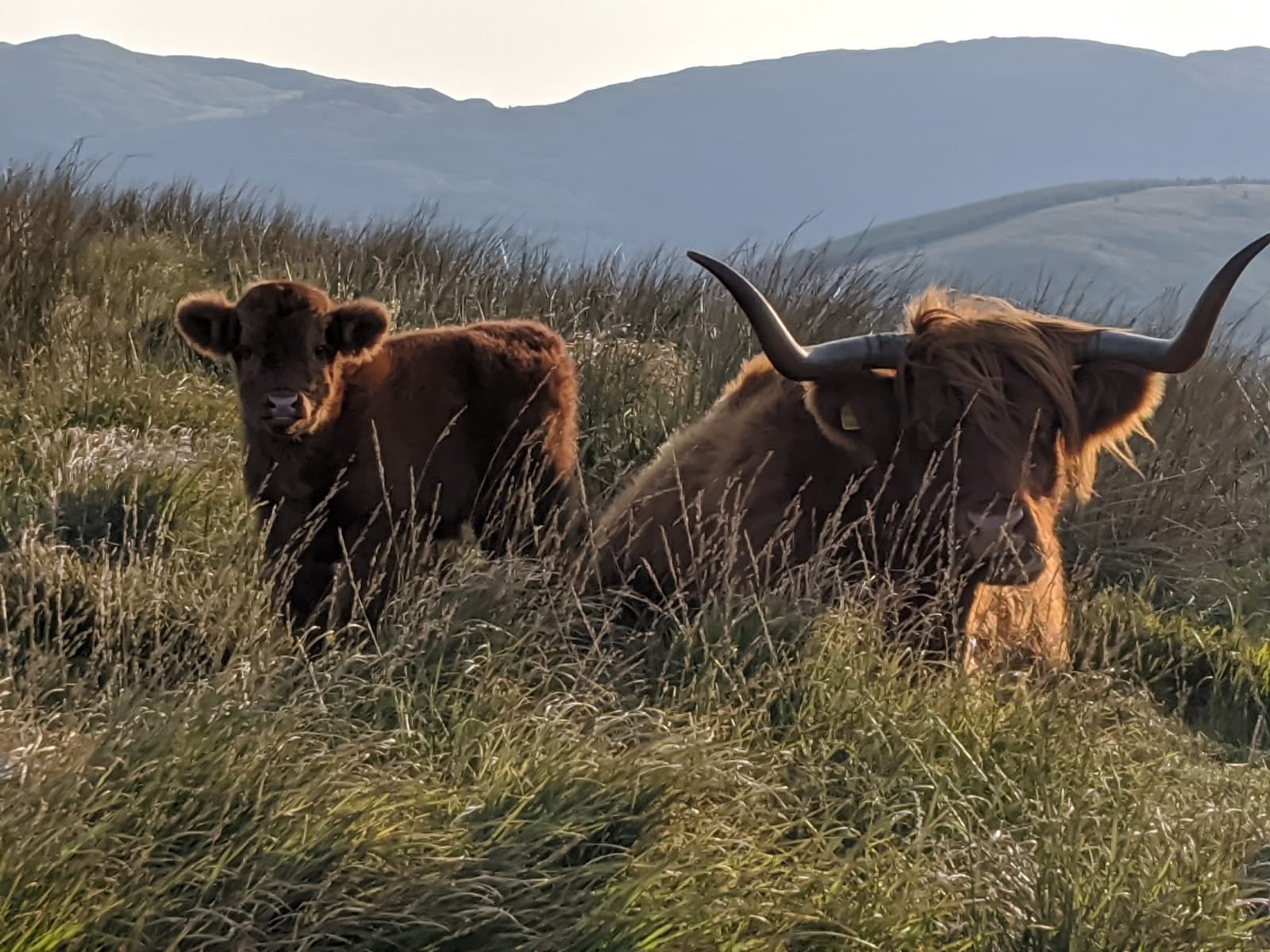 Now extinct because of hunting and habitat loss, aurochs were the ancestors of domestic cattle, and standing up to 6 feet, were distinctive for their enormous horns that dwarf those of cattle today. In ancient times the distribution of the aurochs was large, and it roamed over much of the Northern Hemisphere. In 2014, a man walking on a beach in Gwynedd found what he thought was a 20-inch elephant tusk. In fact, it was a 3000-year-old horn of an auroch. Aurochs were domesticated around 9000 years ago, human selection took over from natural selection, and today over a thousand diverse variates of cattle are descended from them.

Some scientists believe that these large herbivores were an important ‘umbrella species’, providing habitats for other species by maintaining a mosaic of landscapes, a mixture of open grassland and forest. Aurochs, both bull and cow, possessed reddish brown coats as calves. Cows’ coats remained red into adulthood, whilst bulls’ coats deepened to a blackish brown. In males, an ‘eel stripe’ was present, a black, elongated stripe running the length of the spine. The cows’ udders were small and barely visible.
The last aurochs, a species estimated to be some 2 million years old, died of natural causes in the Jaktarow Forest in Poland in 1627.

Status at Cambrian Wildwood: Absent (extinct). We use Highland Cattle to graze our land in summer months.