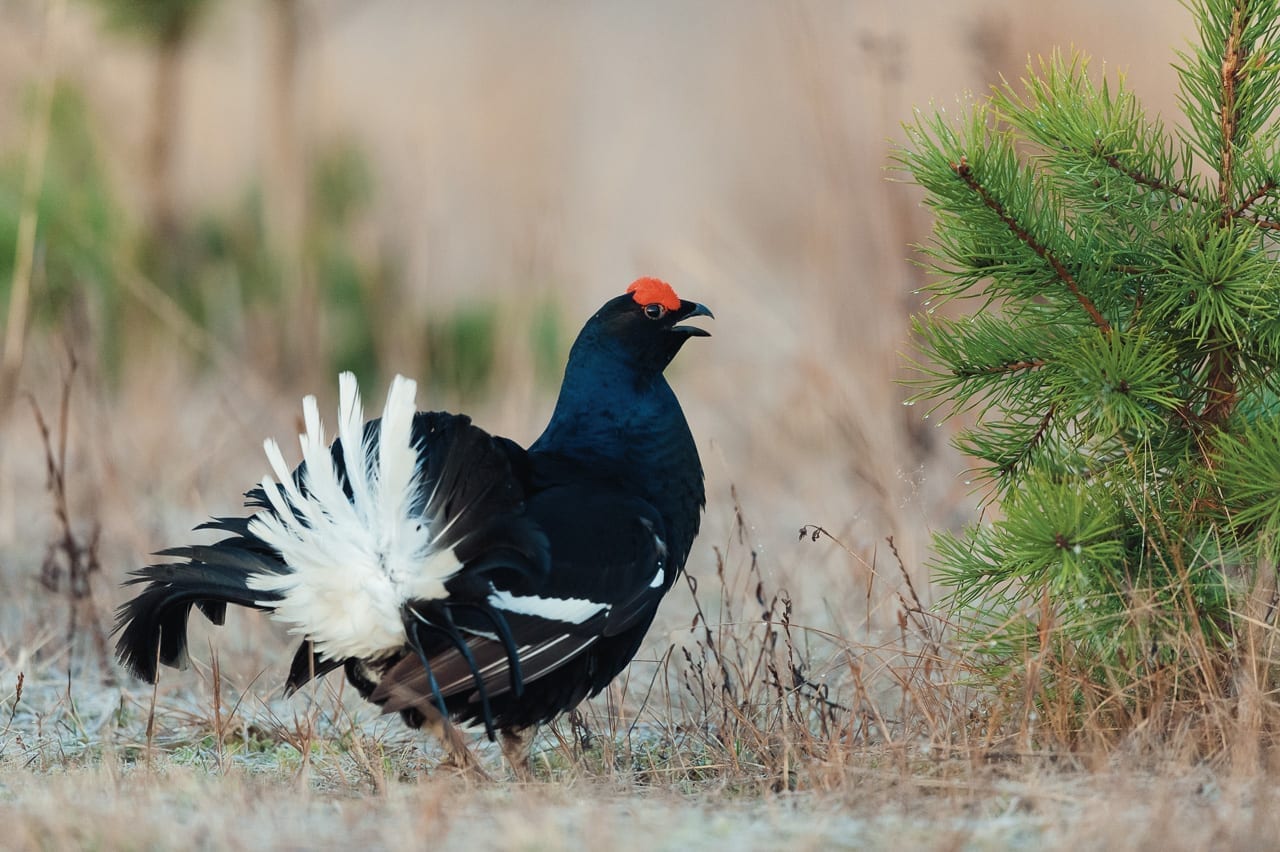 Black grouse are famous for their courtship displays, called ‘leks.’ Male birds will assemble at dawn, crouching low and circling the ground, spreading their black tails, puffing themselves up and inflating the vivid red wattles above their eyes. All the while they make loud, bubbling sounds. The females, hidden amongst tall grass, observe, waiting to choose a mate.

Sadly, black grouse numbers have declined drastically since the early 1900s due to habitat loss. Their ideal habitat is the transition zone between forest and moorland heath, a mixture of dense woodland, understorey, scrub and bogs, the different spaces utilised with the turn of the seasons. Dense forest provides shelter from bad weather in winter and conifer needles provide year-round nutrition. Their diet is seasonal and includes plants, berries, seeds and insects. Open grassland provides a nesting and foraging site, the females hatching between 6-11 eggs from late April to early June. Boggy areas are important foraging grounds for young chicks.

The restoration of the Cambrian Wildwood, a rich mosaic of habitats, will enable the black grouse to flourish once more in west Wales. Black grouse can while away harsh winters in the peaceful woodland, and breed, nest and feed on the re-established heather moorland and wetland areas in the warmer months.

Status at Cambrian Wildwood: Absent, although some birds have been recorded on nearby land, giving hope for natural recolonisation.