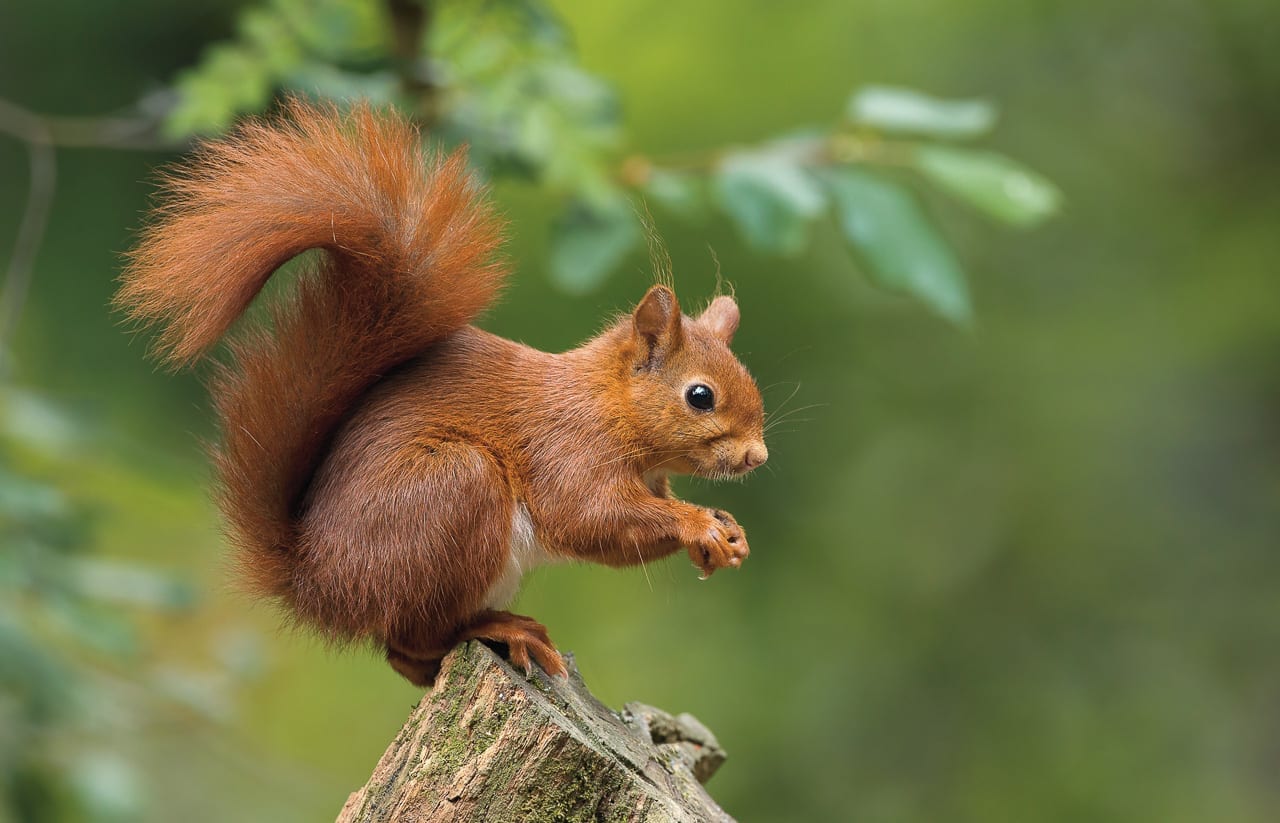 Slight, with russet-red fur and large, tufty ears, our only native squirrel is classified as an endangered species in Wales. There are only an estimated 140,000 red squirrels left in the UK, compared to 2.5 million grey squirrels. Grey squirrels carry squirrel pox virus, which does not affect their own health, but is fatal to red squirrels. They also out-compete reds in broad-leaf forest, more easily digesting high-tannin content nuts and seeds, like acorns. Greys also raid red squirrel food hoards. Red squirrels don’t hibernate and although they eat many food types including buds, shoots, fungi, insects, beetles and birds’ eggs, their food caches are vital to their overwintering. Mixed broad-leaf woodland with some conifer and plenty of small seeded deciduous trees such as alder, aspen, willow and birch is ideal habitat for reds. Red squirrels are solitary and elusive, spending around 80% of their time high in the tree canopy. They build dreys (nests) from twigs, moss, grass and hair and can have two six-strong litters a year.

The Mid Wales Red Squirrel Partnership hopes to strengthen the pockets of red squirrel populations in mid-Wales, and the recently established pine marten population in mid-Wales (trans-located by The Vincent Wildlife Trust), may in time help naturally control the grey squirrel population, as the slower, larger greys are easier catch than their nimble cousins.

Status at Cambrian Wildwood: Absent, although we hope to reintroduce red squirrels in the future.