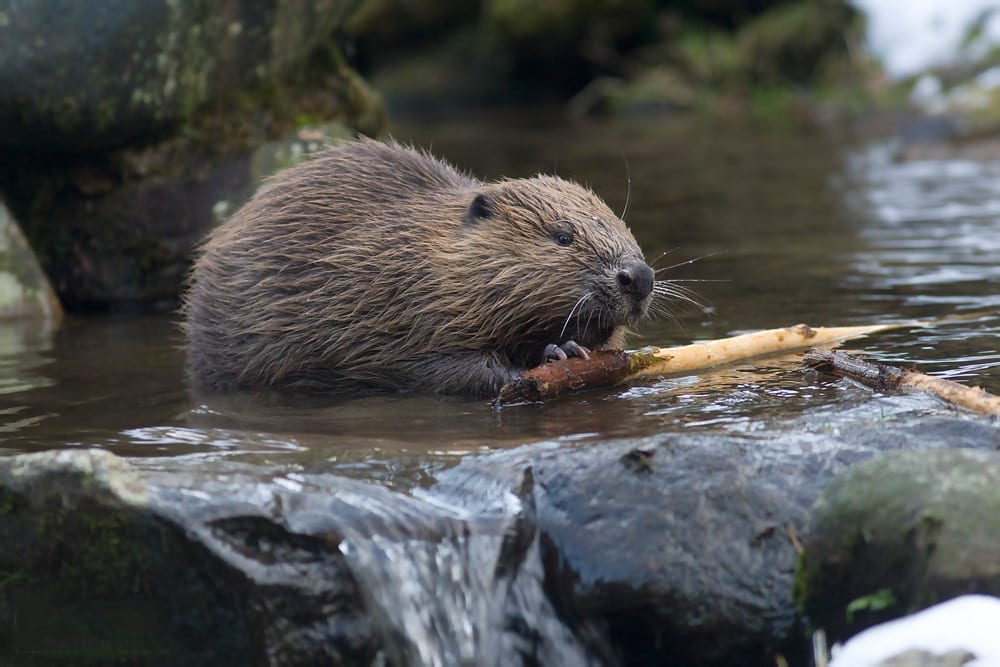 Beavers are a key-stone species. Keystone species means a species which is critical for the overall structure and function of an ecosystem, influencing which other types of plants and animals make up that ecosystem. With powerful jaws and strong teeth, beavers fell trees to build homes (called a lodge) and dams, changing their environment in ways few other animals can. Beavers create and maintain wetlands by increasing the water table levels in their locality. Wetlands are important yet fragile ecosystems, essential flood defences that absorb excess water during heavy rainfall, releasing it gradually. Beaver activity promotes the self-purification of water, neutralises acidic run-off and creates pollutant sinks. Beavers also create coppice in their tree-felling activities, providing habitats for plants and animals in woodland areas.

Beavers are herbivores and are the second largest rodent in the world. Prized for their pelts, meat and scent glands, beavers were hunted to extinction in the UK by the16ᵗʰ century.

Legends tell of a monstrous beaver that lived in Conwy valley, stealing livestock and flooding the area. A local young girl called him out of the water, singing him a lullaby, after which he promptly fell asleep. Waiting villagers rushed forward, binding him with chains before depositing him in Llyn Ffynnon Las where he lives to the present day.

Status at Cambrian Wildwood: Absent, but hope to reintroduce in the future.